ARDUINO IS THE FUTURE OF TECHNOLOGY

Are you someone who switches on and off light with Alexa? Or you're too lazy to change your music playlist on your phone and want Alexa/Google/Siri to do it? Would you like to add a little bit of extra convenience to your life? Suppose you want to be notified by your house alarm by a text message if something happens or if someone is at your door. Let's suppose you've got a lovely balcony garden and want to make the unwanted visitors like a cat or fly away from that by an automatic cover.

Won't your life be more comfortable? Don't worry; you don't need to make a big hole in your pocket to make your life easier. With some basic knowledge and with the help of some tutorials, you can make them for yourself. And the building block of all of these is Arduino!

The IoT sector is gaining new attention thanks to the inclusion of cloud-based technologies in recent process automation needs. Ranging from status queuing to navigation, IoT has gained wider attention in the current industrial development.

What is an Arduino?

The Arduino architecture has its foundation on Atmel's ATMEGA8 and ATMEGA168 microcontrollers. The board plans for the modules and design are uploaded under a common license that can come in handy for industrial applications. Out of its varied applications, many smartwatches and smart kitchen applications are based on Arduino-MCU architecture.

What is open source?

Amid the second decade of the 21st century, we have witnessed massive technological advancements, thanks to the seeds sown in the early 2000s. It was the era where private entities began to outsource their software and hardware design to the people, making it open-source and accessible to all. This exact juncture is the starting point of the rapid technological evolution we are witnessing today. One among the popular electronics platform entities, who made their product open in the mid-2000s was Arduino. None would've imagined the rapid development of such a small controller board to play a pivotal role in technological advancements.

Who is it for?

Till now, you must be thinking that Arduino is limited only to Electronics engineers or only to those who know electronics. Hold your thoughts. Arduino is a complete package with both hardware and software. It has an IDE that works for Windows, Linux, and Mac and has a much more comfortable-to-learn programming language than the traditional ones. Arduino has a USB port on its circuit board, using which via a USB cable, you can connect your computer to the board and upload the program easily! Isn't it thrilling!

Up to 80% of the edge-tech electronic gadgets we get to use are fundamentally based on Arduino. It is a platform for students and practitioners to get their hands-on experience in controlling and automation processes.

Arduino is also widely used in the schooling period where students are encouraged to work on complex problems that involve edge tech requirements such as automation, machine vision, etc.

Arduino also provides a platform for the usage of vision-based technology that's on the verge of becoming one of the most wanted technology in the upcoming years. Since most of the present PCB boards are fundamentally coded using Python or C, Arduino provides room for easy iteration before the implementation stages.

The king benefit of Arduino is, it open-sources all its hardware designs. Many third-party companies configure their designs on the Arduino and sell them with their brand name. And guess what, you can configure your own Arduino too. There are two kinds of Arduino. Arduino Uno is the basic one, which is cheap and good enough for most of the projects. With UNO, you can control lights, camera, motors, or even build a simple robot! Another type of Arduino like TIAN or Ethernet contains more powerful processors, wifi and ethernet, etc. The basic Arduino UNO kit is available for below Rs.500 on Amazon! Isn't that amazing! 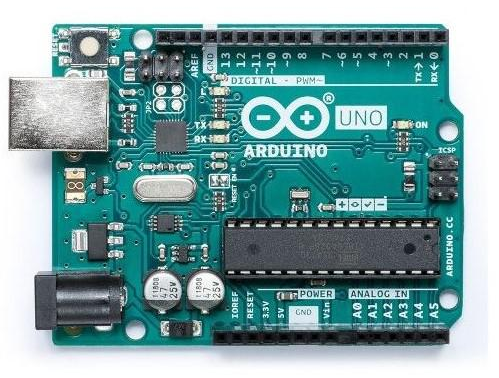 With its easy-to-use technology and convenient programming language, Arduino has a strong place in the electronics market. The open-source structure of the circuit board allows the users to let their imagination fly. Their integrated libraries in the programming language give the users the liberty to program for different devices. It comes with extensive documentation, and there are tons of tutorials on the internet to learn them. Arduino is low maintenance (you can power them with USB) and is pocket-sized. On a low budget, you can automate your daily needs. With Automation and AI's rising demands, Arduino is indeed a more straightforward solution for the layman and is the future of technology.

A Foothold in IoT

Most of the latest Arduino use cases are restricted to only learning purposes as industries have opted to use other platforms. One of the things that are expected out of Arduino for industrial use is to reduce the cost of prototyping, thus, allowing companies to perform iterations enhancing the function of the products. Arduino's vision to enhance its fortress in the IoT sector is a noteworthy contribution. It could lead to entirely new control strategies such as cloud-based remote control when combined with thingspeak.

The Arduino MKR WAN 1300 is based on the Atmel SAM D21 microcontroller, and integrates the 32-bit low-power ARM Cortex-M0+ processor. Out of all the specialties in Arduino, the one that caught the eye is the Wi-Fi board. Arduino is evolving the recent versions to include boards supporting LoRa and sigfox.

It comes in handy for IoT applications that focus on system feasibility and connectivity. One of the advantages of Arduino is that it is affordable by all and is easily accessible. Arduino combined with thingspeak has been a primary iterative source for most of the IoT based technology that's currently in use.

The feasibility of the Arduino application is beyond imagination! Even relatively inexperienced users can build the breadboard version of the module to get to know its nuances. This offers more scope in the development of advanced technology as Arduino architecture sets the platter for development.

Arduino's founder and CEO, Massimo Banzi has stated that Arduino is working on the expansion of its usage in popular cloud platforms like AWS. It provides more room for further development in regards to ML/AI-based applications. AWS is known for its top-notch cloud services and other edge-based Machine learning services such as NLP and text-to-speech automation. It also supports RPA and IoT based applications, which will prove to be the icing on the cake for NODE-MCU users.

Is that all? Certainly not. Arduino has been monumental to the advancements in the technology front. It served as the base for many other microcontroller boards, which are more specific in their functions. With more advancements in the domain of big data analytics and artificial intelligence fields, Arduino will have a significant role to play. It will be a crucial element in the development of state of the art technology products.

Other Arduino related articles that may interest you:

Arduino- Brief on Software and Hardware.