IOT MADE EASY WITH IOTIF – AN ELECTRONIC TRAINER KIT 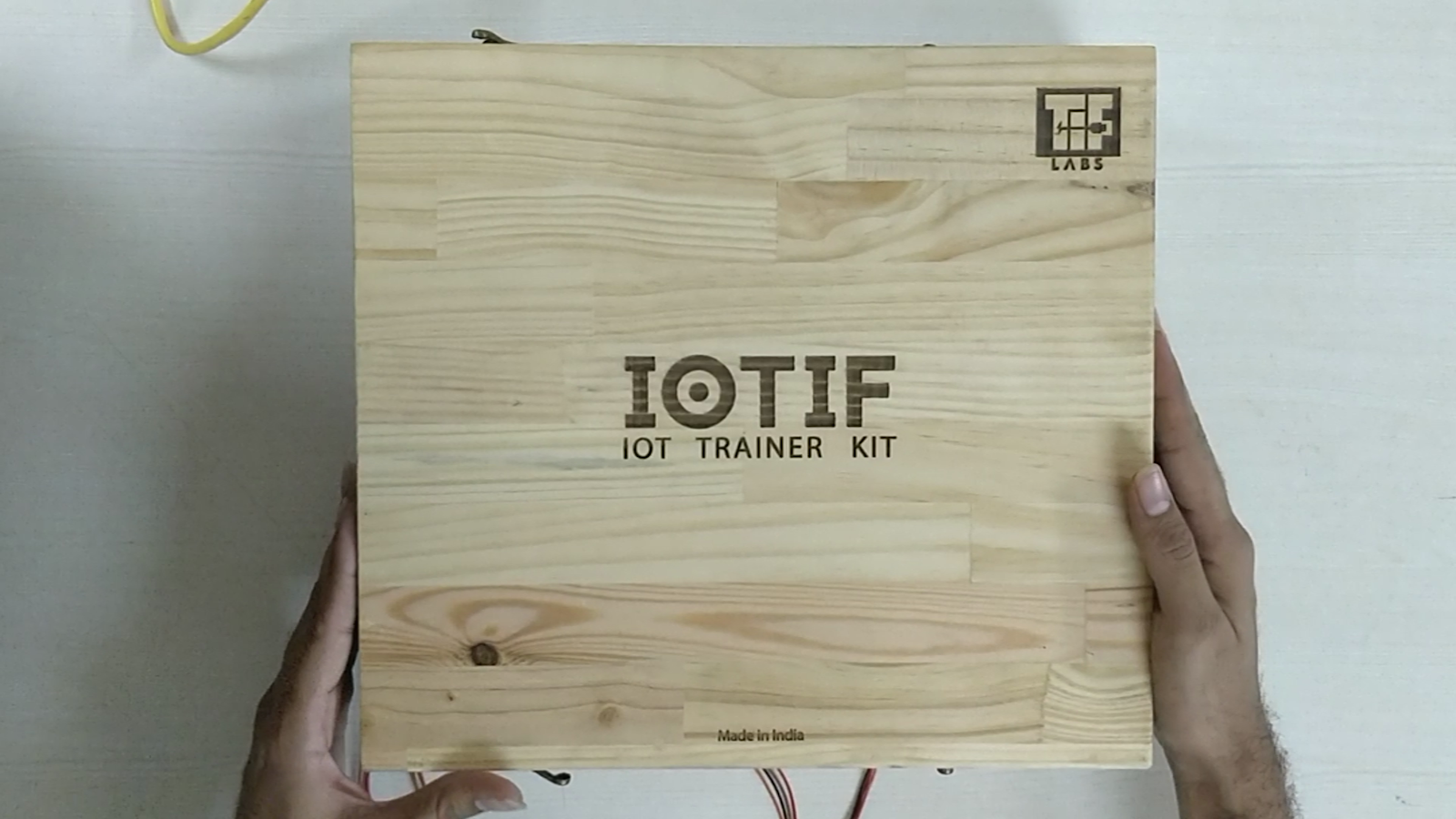 Humans have come a long way; from inventing wheels to being the ones who rein the wheels of the modern era. From being a cannibal to an advanced human, from ARPANET to Cloud Computing, the technical advancement is relentless. The 21st century is a prominent era, wherein we are advancing at a rapid pace with weapons like Artificial Intelligence, Internet of Things, BlockChain and Big Data.

‘Internet of Things’, more commonly known as IoT, is a modern technology that most of the Companies have started researching on for the development of powerful products in the Future. IoT is creating a sensation all over the World because of its vast applications in major fields like Automobiles, Manufacturing, Healthcare and Smart Cities.

Getting started with IoT might seem to be a bit of a challenge initially, but if proper techniques are used and steps are followed, the concepts are easy to grasp. All you need is: A few sensors, actuators, a bread board and a microcontroller that is WiFi enabled. To make life easier for all our aspiring engineers, we have assembled all the required components on a single board, and packaged it in a beautiful and portable kit! We proudly call it IOTIF, and we are even more proud to announce its launch at the CISCO Academy National Conference 2017.

What is Raspberry Pi? It is a small, single-board computer (SBC) developed by the Raspberry Pi Foundation. Several generations of Raspberry Pi have been released till date. It comes with WiFi Module, Bluetooth, HDMI, USB and audio ports for output devices. It also comes with additional I/O pins which help in integration with external devices like sensors, motors, relays etc. You can plug in Ethernet cable or connect your Raspberry to the internet through Wi-Fi. Python, which is predicted to be the next Universal language, is used to program the Pi.

What is Arduino? Arduino is a micro-controller that comes with an open-source software ‘Arduino’. Embedded C is used to program the Arduino. Arduino is one of the best tools to begin the journey of ‘Embedded Systems’ with.

What is ESP-01? ESP-01 has an on-board WiFi chip that can be integrated with other microcontrollers, ‘things’, or webpages, to give them the ability to connect to the Internet.

Inter-communication between two controllers: Arduino Nano can be integrated with ESP-01 to make it Wi-Fi enabled. On the other hand, Raspberry Pi can make use of its on-board WiFi module. The two modules can be programmed to interact with each other, servers and Cloud. Thanks to IoT, the data can be accessed using mobile apps or browsers from any part of the world. 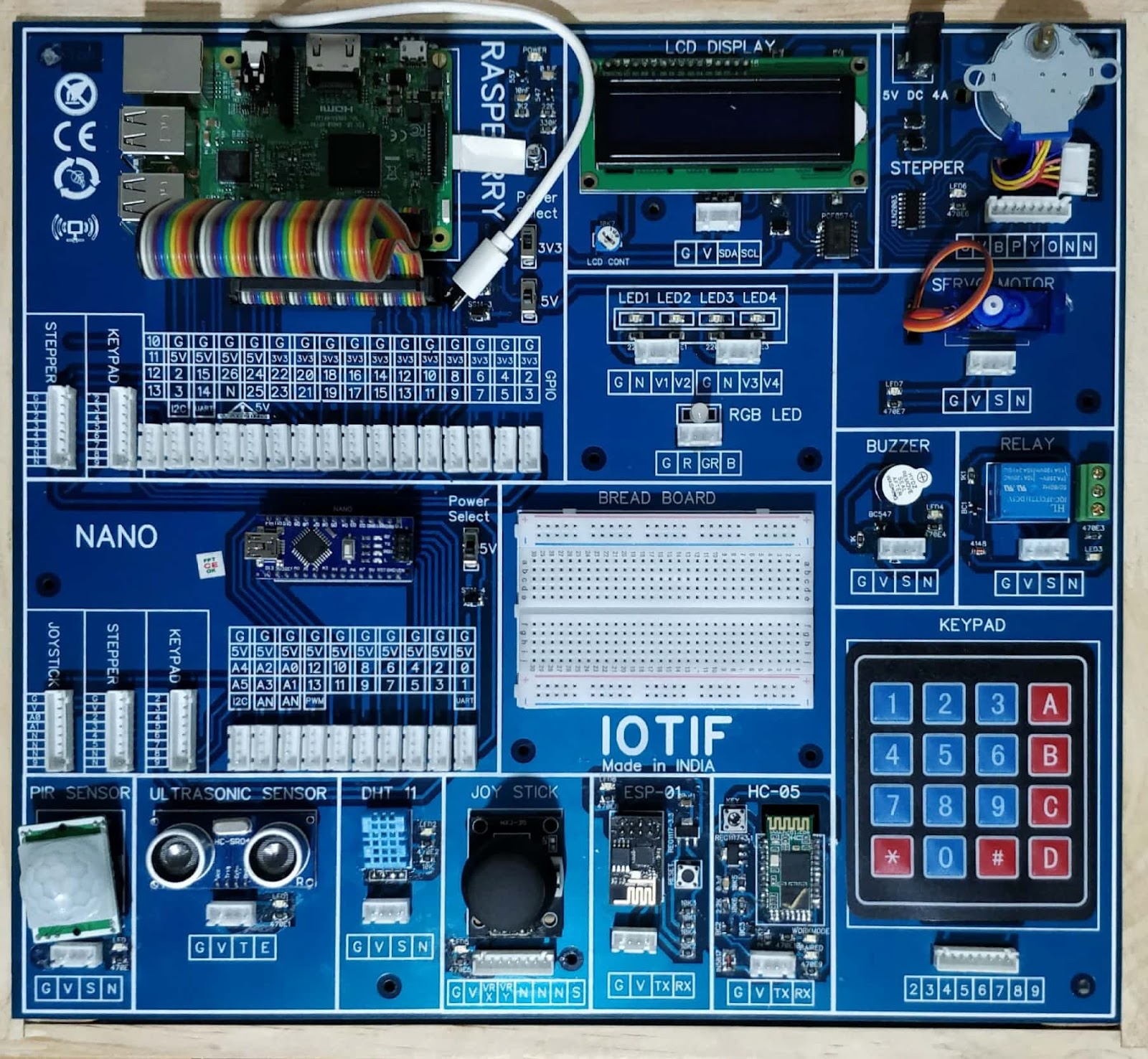 Why IOTIF? IOTIF is a premium prototyping & ‘Internet of Things’ Trainer kit which has been designed in India. The kit aims at bridging the gap between theoretical knowledge and practical implementation. It is in sync with the latest industrial requirements, which improves the skill set of students and increases their employability. With a plug-and-play design, the hassle of complicated connections are eliminated, which in turn helps students to easily develop projects and prototypes.

The kit is best recommended for Lab Setups in Schools and Colleges. With our student discounts, students can own their personal IoT kits along with detailed manuals, to pursue Embedded Systems and Internet of Things. This shall enable the students to learn at their own pace.