The Raspberry Pi is an inexpensive credit card sized Single Board Computer (SBC). It is used for a wide variety of applications such as hobby projects, learning embedded systems, small scale prototype servers and several other applications. It is capable of performing all applications that a normal desktop/laptop can. It runs primarily on Linux based Operating Systems, but there are also windows distributions compatible for the raspberry pi.

In this blog, let us look at some tips, tricks and features you may not know about the Raspberry Pi which will enhance your experience working with this versatile and low cost SBC.

1. Has your Raspberry Pi become too hot?

If your Raspberry Pi starts overheating, an icon will be displayed on the screen.

If the temperature of the core is between 80 - 85C, a half filled thermometer 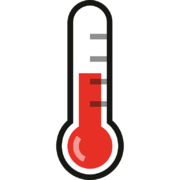 will be displayed. The CPU will be throttled back to reduce the core temperature and the overall performance will be reduced.

If the temperature is above 85C, the icon will change to a full thermometer like this 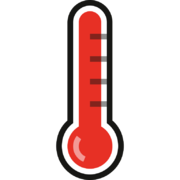 In this case also, the CPU will be throttled in an attempt to reduce the temperature.

2. Is your Raspberry Pi getting enough current?

The Raspberry Pi required a certain amount of voltage and current to function properly. If it draws too much current, say under a high load condition, the voltage supply to the Pi might drop. This is called the loading effect.

The Raspberry Pi is capable of detecting an under voltage condition and can warn the user about this. Whenever the Pi detects that the supply voltage is close to or below the minimum safe voltage required to function properly, it will display a small icon on the top right of the screen. 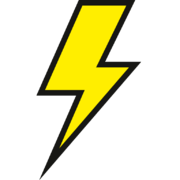 If you see this symbol, connect your raspberry pi device to an adapter with a higher current rating, or try to see what is causing your RPi to draw more current and rectify it.

If you have a new raspberry pi which you wish to setup with WiFi and SSH access without a monitor, keyboard and mouse, you can use this trick to configure it to a WiFi network and enable SSH access to it.

Once you flash an OS image on your SD card, go to the boot partition (the flash drive partition that shows up as "boot").

For Linux and mac, type the following command: touch ssh

For windows users, open notepad, and save a blank file in the boot partition by the name ssh. While saving, select file type as all files and remove the .txt after the filename. Enter ssh as the filename and press enter.

Then create another file in this boot partition called wpa_supplicant.conf and paste the following into it:

Note: Replace country code with your country code, for example code for India is IN. Replace the network credentials with details of your network.

Sonic Pi is a code-based music creation and performance tool. This comes pre-installed with the latest Raspbian OS image for the Raspberry Pi. Using this you can learn to code while creating and performing music in styles such as Classical, Jazz, EDM etc.

You can check out examples at https://sonic-pi.net/

You can convert your RaspberryPi into a mini low powered home theater system. Just install the KODI software on your raspberry pi and connect it to a TV. For more information on KODI and guides on how to use it, checkout the Raspberry Pi official website https://www.raspberrypi.org/documentation/usage/kodi/

6. Is there an intruder? The Pi is watching - but only when it has to!

You can turn your Raspberry Pi into a home security system by using the Raspberry Pi camera and a PIR sensor. You can interface the PIR sensor to any GPIO on the RPi and write a python script to trigger the camera to take a photo or video every time the PIR detects motion.

Check out our video here: