“Block-chain technology isn't just a more efficient way to settle securities. It will fundamentally change market structures, and maybe even the architecture of the Internet itself. “

BlockChain is an incorruptible list of records, called blocks, and can be thought of as a digitally distributed database that is linked and secured using cryptography. Cryptography refers to the hidden study of data securely to prevent the adversaries. In today’s world, it is used to analyze protocols that prevent the third party from reading personal messages. Every block of a ‘blockchain’ holds valuable information and contains a cryptographic hash of the previous block and a hash of its own data. Hash can be compared to a fingerprint as it is unique.

A cryptographic hash is a special function which includes a mathematical algorithm that maps data and is designed to be a one-way function which can’t be inverted. Blockchain technology consists of a decentralized, public distributed ledger to record transactions.

Once data has been recorded, it cannot be manipulated. If changes incur in the block, it leads to changes in the hash and thus a chain of blocks is formed which consists of its hash and the hash of the previous block. It has a proof-of-work mechanism to secure the changes made in the blocks. If anyone tries to tamper with the block, he has to do the mathematical calculation of all the blocks which is almost impossible. The P2P  network enables everyone to have a copy of the blocks (it is not centralized), such that if a new block is added all the peers need to verify it to make sure it is not tampered with, and if everything is correct each node adds the block in the block-chain.

The idea of blockchain dates back to 1991 in which a group of researchers wanted to implement a timestamp of digital documents so that it would not be possible to backdate them, or tamper with them. The idea was conceived so as to maintain privacy such that not even the owner of the document may be able to change it once it has been recorded, provided that the timestamper's integrity is never compromised. This concept was not noticed until Satoshi Nakamoto took that concept and invented the digital cryptocurrency Bitcoin  in 2009. Bitcoin has been called “digital gold” as till date the total value of the currency is close to $9 billion US. It is peer-to-peer and transactions take place between users directly, without an intermediary. These transactions are verified by network nodes through the use of cryptography and recorded in a public distributed ledger. 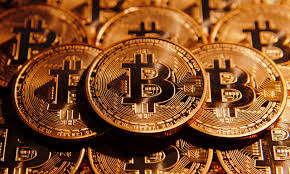 Block-chain can be programmed to record not just financial transactions but virtually everything of value. One may understand better by drawing a comparison between block-chain and Google Docs. With Google Docs (or Google Sheets), both parties have access to the same document at the same time, and the single version of that document is always visible to both of them. It is like a shared ledger, but it is a shared document. The distributed part comes into play when sharing involves a number of people.

Block-chain technology provides both transparency and agility that is required for an organization. It is an evolving technology which can be used for other documentation in sectors like hospitals, tax departments and also in Internet Of Things.

We are excitedly waiting to see where this technology will lead us in the future.