What is an RF module?

RF (radio frequency) module is a small electronic device, to transmit and receive data wirelessly using radio signals. In an embedded system, we often need to communicate between two devices wirelessly. We use RF communication only because it doesn’t require a line of sight. Several carrier frequencies are commonly used in commercially available RF modules such as 433MHz, 915MHz and 2400MHz. Here we’ll see about RF 433MHz transmitter and receiver.

RF 433 MHz transmitter and receiver with encoder and decoder:

RF 433MHz transmitter and receiver modules are embedded with HT12e and HT12d respectively. 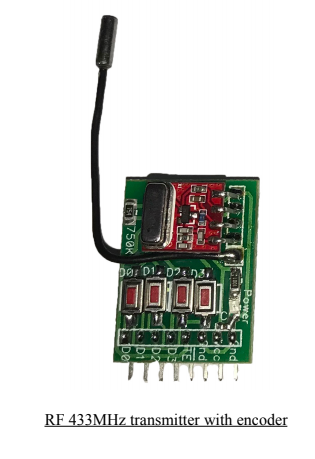 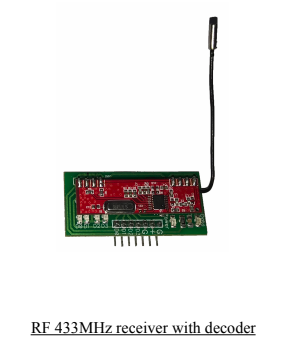 HT12E is a 2^12 series encoder IC, widely used in remote control and very common among Radio Frequency RF applications. This HT12E IC is capable of converting 12-bit Parallel data inputs into serial outputs. These bits are classified into 8 (A0-A7) address bits and 4(AD0-AD3) data bits. Using the address pins we can provide 8-bit security code for secured data transmission between the encoder and the decoder. The encoder and decoder should use the same address and data format. HT12E is capable of operating in a wide Voltage range from 2.4V to 12V and also consists of a built-in oscillator.

HT12D is a 2^12 series decoder IC for remote control applications, manufactured by Holtek. It is commonly used for radio frequency (RF) wireless applications. By

using the paired HT12E encoder and HT12D decoder we can transmit 12 bits of parallel data serially. HT12D simply converts serial data to its input (may be received through RF receiver) to 12-bit parallel data. This 12 bit parallel data is divided into 8 address bits and 4 data bits. Using 8 address bits we can provide 8-bit security code for 4-bit data and can be used to address multiple receivers by using the same transmitter.

• OSC1 and OSC2: Input and output pins of the internal oscillator present inside the IC.

• A0 – A7: These are the input address pins used for secured transmission of this data. These pins can be connected to VSS for low signal or left open for high state.

• AD0 – AD3: These pins are feeding data into the IC. These pins may be connected to VSS for sending LOW since it is an active low pin

• DOUT: The output of the encoder can be obtained through this pin and can be connected to the RF transmitter. 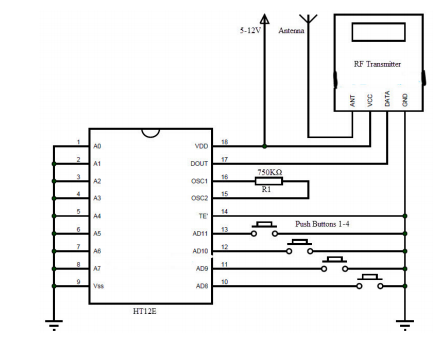 • VDD and VSS are used to provide power to the IC, Positive and Negative of the power supply respectively. Its operating voltage can be in the range 2.4V to 12V

• A0 – A7 are the address input pins. Status of these pins should match with the status of the address pin in HT12E (used in transmitter) to receive the data. These pins can be connected to VSS or left open.

• DIN is the serial data input pin and can be connected to an RF receiver output.

• D8 – D11 are the data output pins. Status of these pins can be VSS or VDD depending upon the received serial data through pin DIN.

• VT stands for Valid Transmission. This output pin will be HIGH when valid data is available at D8 – D11 data output pins. 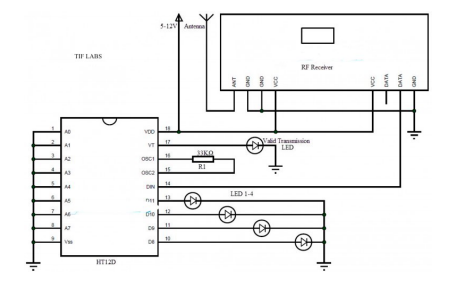 The aim of this project is to implement a wireless transmitter and receiver using RF modules. It uses radio signals to transmit the data. The working of the project is as follows:

At the receiver side, the RF receiver receives the serial data. This serial data is sent to HT12D decoder IC which converts into 4 bit parallel data. The 4 data pins of the decoder are connected to LEDs. According to the buttons pushed, the LEDs can be turned ON or OFF.