What is the Internet? How the Internet Works? We bet you use the Internet every day. But do you actually know what happens when you type an address www.google.com into your browser and press enter?

The first thing one needs to understand is that a website is nothing but a bunch of files saved on a hard disk, just like movies, music, or pictures. However, there is one part that is unique for websites: they include computer code called HTML. 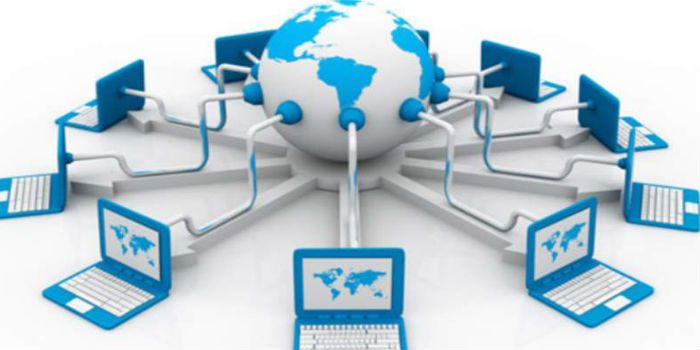 With every file, we need to store HTML files somewhere on a hard disk. For the Internet, we use special, powerful computers called servers. They don't have a screen, mouse or a keyboard, because their main purpose is to store data and serve it. That's why they're called “servers” because they serve you data.

Server is a network of hundreds and thousands of connected machines. There are miles of cables around the world. The Submarine Cable Map website can help you to analyze how complicated the net is.

Fascinating, isn't it? But obviously, it is not possible to have a wire between every machine connected to the Internet. So, to reach a machine (for example the one where www.google.com is stored) we need to pass a request through many different machines. When you have a website, you need to have a server (machine) where it lives. When the server receives an incoming request it redirects you to your website.

Networking Devices include switches, routers, CISCO packet tracer, etc. Switches are the foundation of most business networks. A switch acts as a controller, connecting computers, printers, and servers to a network in a building or a campus.

Switches allow devices on your network to communicate with each other, as well as with other networks, creating a network of shared resources. Through information sharing and resource allocation, switches save money and increase productivity.

There are two basic types of switches to choose from as part of your networking basics: managed and unmanaged.

Routers enable all networked computers to share a single Internet connection, which saves money. Beyond those basic networking functions, routers come with additional features to make networking easier or more secure. Depending on your needs, for example, you can choose a router with a firewall, a virtual private network (VPN), or an Internet Protocol (IP) communications system.

CISCO Packet Tracer is a cross-platform visual simulation tool designed by Cisco Systems that allows users to create network topologies and imitate modern computer networks. The software allows users to simulate the configuration of Cisco routers and switches using a simulated command line interface. Packet Tracer makes use of a drag and drop user interface, allowing users to add and remove simulated network devices as they see fit. Also you can use it for testing purposes. Suppose, if you want to deploy any change in your production network, you can use packet tracer to first test the required changes and if everything is working fine then you can deploy that changes into production. 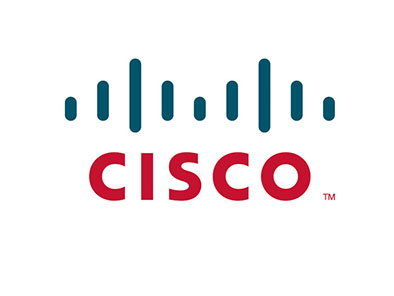 Getting Started with Cisco Packet Tracer

So you have just entered the world of Cisco networking by starting to prepare for CCENT or CCNA and would like to get a taste of everything in Cisco, but do not have the luxury to afford real hardware. Well, who needs a few pieces of real hardware when you can design complex topologies with tens (if not hundreds) of Cisco devices and watch as packets move between them, and do all of this on your laptop, sitting anywhere? 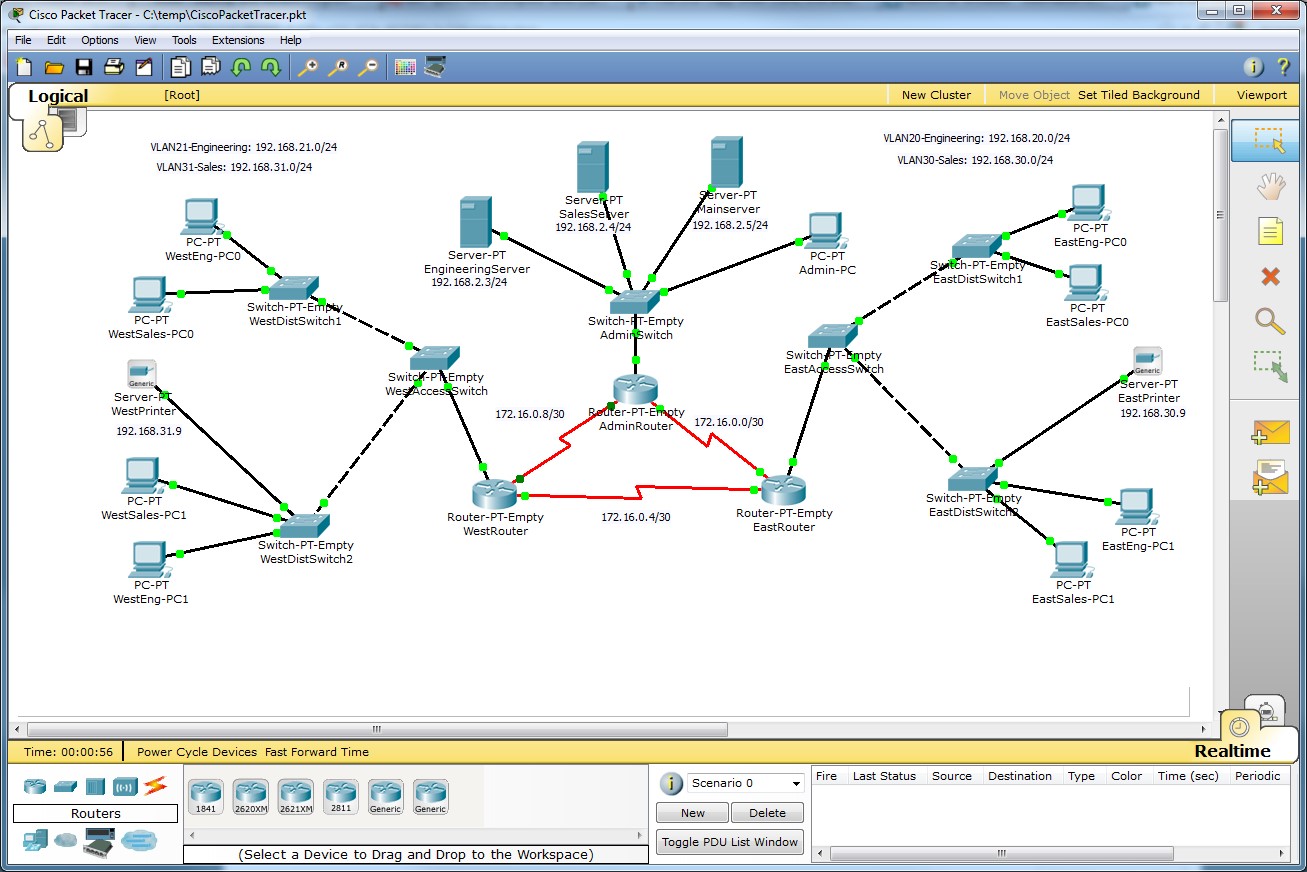 A simulator, as the name suggests, simulates network devices and its environment, so protocols in Packet Tracer are coded to work and behave in the same way as they would on real hardware. The following table shows the protocols supported by Packet Tracer:

Cisco Packet Tracer has two workspaces—logical and physical. The logical workspace allows users to build logical network topologies by placing, connecting, and clustering virtual network devices. The physical workspace provides a graphical physical dimension of the logical network, giving a sense of scale and placement in how network devices such as routers, switches, and hosts would look in a real environment. The physical view also provides geographic representations of networks, including multiple cities, buildings, and wiring closets.